Cancer: It's all relative 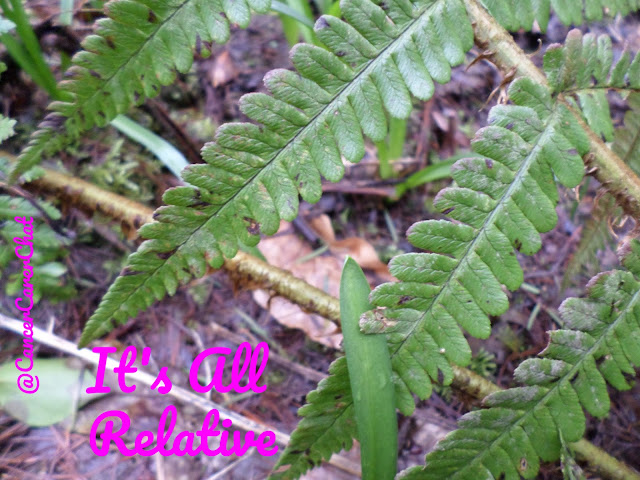 In March 2017, my mother was diagnosed with Stage IV Ovarian Cancer.  On a Friday afternoon, approximately 3pm-ish, she said to me that she thought she should go and see a doctor as something didn’t feel right.  Her stomach felt big, she said, bloated and hard, it was uncomfortable to bend down and get up again.  Granted, she was a little overweight for her height and age and at her age, minor ailments were a constant companion but she knew instinctively, that something didn’t feel right and she wanted to see a doctor.  She did not know at the time that bloating is one of the symptoms of ovarian cancer, aswell as tiredness, fatigue and changes in toilet habits.  Symptoms that are synonymous with irritable bowel syndrome, classifying Ovarian cancer as the silent killer because of the symptoms which are so difficult to detect.  Added to that, there is no known history of cancer in her ancestors and we had assumed, quite wrongly, that cancer is largely caused by genetic family history.  That if you have a history of cancer in your family, you’re predisposed to get cancer yourself.  In fact, medical research cannot categorically state, why some people get cancer and why some do not or even why some people who may have a parent, who has had cancer, may not have cancer themselves.  Behind all the misconceptions, most cases of breast/ovarian cancer are not due to a genetic mutation. It is thought that, in the general population, only around 1 in every 400 to 1 in every 800 people carry a genetic mutation, called BRCA1/2.  A gene that means the chances of having cancer are higher in relation to someone who does not have that gene.

You may have heard of the BRCA1/2 gene, through the campaigning and awareness raised by Angelina Jolie.  Exactly five years ago, on this date, Angelina Jolie hit the headlines once again, not through her role as one half of ‘Bradgelina’ but for writing an inspiring and open letter via The New York Times.  This letter described her decision to have a preventative double mastectomy, how this was an informed decision given her family’ medical history, her mother’s death from breast cancer at the age of 56 and her inheritance of the BRCA1 gene which means she has an 87% risk of breast cancer and a 50% risk of ovarian cancer.  Because of her family’s medical history, Angelina Jolie proactively sought to identify the probability of getting Breast or Ovarian Cancer before and after a masectomy and made the conscious decision to decrease the risk through elective surgical intervention.  Here was an attractive, intelligent, successful woman proving that having a mastectomy does not change what classifies a female as a woman, making a decision based on facts.

I had attended every one of my mum’s appointments with her, as her carer, her translator (as she did not speak English) and her concerned daughter that wanted to give her all the support she needed.  I sat beside her, for every appointment and though I know every person is different and that the treatment and care she was receiving was solely for her as the person who required the most immediate attention, but I was never advised by any of her team, to have myself checked for ovarian cancer too.  Until late last year when my mum had a routine appointment with her oncologist to monitor the status of her treatment.  Things were going well, there was no shock diagnosis or unforeseen complications from lab results – those who have lived the cancer life will know how emotionally disruptive appointments with the medical team can be and so I mentioned that if there were any research projects which required volunteers’, then my mum would like to be considered.  Since my mum attended an Oncology teaching hospital in the UK, there were lots of opportunities to participate in research trials’ and the medical professionals’ are always glad for willing participants.  Her oncologist was therefore thrilled to hear this news and said that the first thing to do was for her to have a BRCA test.  By identifying if my mother had the BRCA gene, this would enlighten the team as to whether the result of her having ovarian cancer was due to her genetic make up or due to environmental factors and how she could be ‘pitched’ for participation in a research trial.  So though an unconventional route into identifying if my mother is a carrier of the BRCA gene, Angelina Jolie and I have something in common.  We are both women, who because of their family history, attempted to identify the likelihood of also having breast or ovarian cancer.  We so often want to bury our heads in the sand or do not know how to go about asking the question but we start by making a decision and seeing your GP who will be able to guide you.  The startling message in Angelina Jolie’s open letter is the brave first step she took as a healthy woman to manage her health and not let her fate be dictated by cancer – our medical journeys are ours for the taking and ours to control as we see fit.