In some ways, my mum was “lucky”.  Since being diagnosed, I’ve read countless reports of women who went to see their doctors and were poked and prodded to be mis-diagnosed for months with IBS (irritable bowel syndrome) or constipation or other things.  For my mum, the diagnosis was very quick and I attribute this to the knowledge and skill of our local GP.

In December, I had been made redundant (my second in a lifetime, that’s a whole other blog!) so was in the bathroom grouting at 2.30pm on a Friday.  I heard my mum switch the vacuum cleaner off.  She had been hoovering.  “I think I should see a doctor” she said, her voice slightly shaking “my tummy feels big, it won’t go down and it feels hard”.  By chance, I got an appointment with the local GP for that afternoon.  I accompanied her as she saw a different GP to that who she normally saw.  He asked her questions, prodded and then referred her to the local hospital immediately.  It’s important to tell you her symptoms in the context that we saw them so that you can see a GP as soon as you experience any of these symptoms.    This was the first time she had complained that her stomach was swollen, though she had not been feeling right for the last two weeks.  She was normally overweight so put it down to being bloated.  She also went to the toilet regularly as a matter of course, 2/3 times in the evening.  And this, she put down to old age.  She had no other symptoms. Every day, we commend the GP she saw that day for being attentive and acting so quickly.

We got to the local hospital at 5pm where after a series of tests, she was discharged at 10pm, the Consultant putting her symptoms down to either constipation or a very, very slim chance of cancer but to return on Monday for an ultrasound.  In the meantime, she was to take Laxido to try to empty her bowels.

On Monday, mum had an ultrasound where the Radiologist saw that the bloating was not constipation but a build up of fluid in her abdomen.  She was to have an internal exam to identify the cause of this fluid.  I started to get a very bad feeling but was desperately pushing any negative thoughts to the back of my mind.  When we returned to the ward, the Consultant took us into a room and then told me the Radiologist had seen a lump, approximately 5 cms on her right ovary.  It had probably been there for 2 years.  I relayed the message to her in the calmest voice that I could summon and tried to empty myself of emotion so that she would not see how scared I was. The amazingly compassionate consultant wanted her to have a CT scan to see if it had spread so we had to wait.  And wait.  As the shock slowly began to sink in.  And I did what everyone does in the doctor’s waiting room and started googling ovarian cancer and did not like what I read.  When the scan came back, he said that it had spread out of the abdomen, hence the build up of fluid.  My mum was to be referred to the MDT (Multi Disciplinary Team) for a discussion of how her treatment would be given.

There begins our journey… 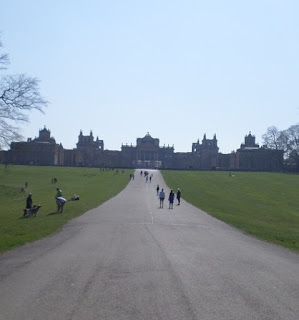