A little about us

I thought I'd take a step back and tell you a little bit more about us.  I, and my mother, are much more than ovarian cancer though it may not have felt like that over the last 6 months.  6 months!!!  I can't believe that ovarian cancer has consumed our lives now for 6 months and prior to that, our lives contained no reference to cancer at all.  This is because, contrary to what you may believe, there is no known evidence of cancer in my family.  But we know very little about our family history anyway.

A little about my Mum
My mum was born in Southern China, in a small village called Po On in the 1940's.  Even today, the village that she was born, in rural Southern China, is not on Google maps.  I've visited there though several times, so I can tell you it does exist and is a 10 min walk from a beautiful beach where the locals talk of spotting sharks regularly.  My mum's father was a sailor and died when she was 10 years old on one of the boats.  He was found hanged and though she's never known the reason why, she thinks he committed suicide.  So my grandmother brought my mum, her older brother and younger sister up in Hong Kong.  My mum tells me some very interesting stories about growing up in Hong Kong, some are funny, some are sad but mostly, they are stories of a time gone by.  I've thought about adding some of these stories here.  It would definitely be a good way to document some of her past and for me to spend some quality time, learning more about her as opposed to just tapping away on the laptop, writing my little heart out.  Comment below if you'd be interested in a series of her stories in 1950's Hong Kong.

When my mum was 24 years old, she thought she should get married or she'd end up a spinster! She'd also always thought that she would move to another country, experience the culture and try other things.  She spoke to a friend at the factory she worked at who had a cousin, working in England as a chef and also wanted to get married.  My dad!  So he wrote her a letter, introduced himself and asked that she come to England and marry him.  I remember asking my mum once, why she trusted this stranger and she said the thing that struck her was that he wrote in one of his letters "Here is the money for the airfare.  And if you decide that you don't want to come to England, then that is ok and you can keep the money, no need to send it back."  His sentiment made her think that he was a trustworthy man and she emigrated to England to start a family with my Dad.

My Mum and Dad married in the late 60's and had 4 daughters.  As I said in a previous blog called Nil by mouth, they spoke little English.  They worked full time and raised 4 children and had no time to go to classes and learn a new language.  They have always been very private people and remained immersed in the Chinese culture and community.  Yet they owned 2 take away businesses selling Chinese food.  They worked 363 days a year, their days off being Christmas Day and Boxing Day and all this they did for us.  So that we could have a good education, a nice house and food to eat.  I truly believe that what comes around goes around and so this is why my sisters and I take very good care of my mother while she's having treatment.  Because we recognize that she sacrificed her life for us. 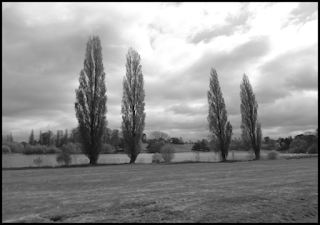 A year after they were married, my sister was born.  As is the Chinese traditional culture, my parents were desperate for a son, a male offspring that would inherit all the family riches and ensure the family name was forever cemented in history (cue bright shining light from the heavens).  The reality was that they had 4 daughters, one after the other, after the other, and one more to boot.  I think my Mother's greatest regret is that she wasn't able to give my Father a male heir.  My Father died in 2002, the year I graduated from university.  He was unwell and over the course of two months, his condition deteriorated rapidly in hospital.  The doctors were unable to diagnose his illness and suspected that he had TB meningitis of the spine but we never really found out the exact nature of his death and to be honest, didn't want to at the end since he was gone and nothing would ever bring him back.  I think, in fact I know, that his illness and the helplessness that we felt as a family has really shaped how we have managed my Mother's treatment for ovarian cancer.  We are overcompensating to make up for the deep regret and punishment we feel we deserve as a result of my Father's death, not knowing why and not being able to help him.

Since then, my mum has always lived with me - just she and I, and we like that a lot.  Contrary to what people who know me think, I am actually a very relaxed and chilled out person to live with.  So long as you do everything the way I like it!  I live in Southern England because of the work that I do and all my sisters live up North.  Since my mother's started treatment, one of my sisters, or two of them have had to travel 2-3 hours either way in order to care for my mother whilst I'm at work.

A little about my work
I've always loved writing and I had strange illusions that going into Publishing would allow me to be closer to the words - so that I did and worked in Publishing for 16 years and enjoyed it immensely but have been made redundant twice.  After both redundancies, fate seems to have led me into a new industry quite different to the one that I was in previously.  Mainly, I think being the youngest sister all my life and being bossed around by either my mother or three older sisters, I have always had a very amenable personality and adapt well to circumstances that I land in.  I currently work in IT for a charitable organisation, hence the interest in blogging, a mixture of both Publishing and IT.  As fate would have it, 3 days before I started the dream job that I'm in now, my Mother said that she didn't feel right, her tummy was bloated more than it should be and she thought she should see a doctor.

A little about my mum's diagnosis
A month after I started my new job, in April 2017, my mum as diagnosed with stage IV advanced ovarian cancer - this means that the cancer has spread away from the ovaries and into other parts of the body.  Her symptoms have restricted her mobility and her treatment has seen her hospitalised twice and more recently, a third time for surgery.  During her first hospitalisation, our GP recommended that we ensure she have care and is not left alone at home alone, just in case and to be honest, I've recognised that life is short, cancer or not and that we should value the time we have with our loved ones.  I don't want to have regrets that I spent 12 hours in the office and then come home too exhausted to talk and not have spent any time with her.  As such, soon after I started my new job I had to reduce my working hours and go part-time and that's when I started this blog.

CancerCarerChats
After my mum's diagnosis, I researched ovarian cancer a LOT online and wanted to get all the information, every...single...nugget...of tiny detail to tell me how long my mum had, what would happen and how we could get help.  I found one blog, describing the exact same type of cancer my mum had and her experience with chemotherapy and I latched onto it like oxygen.  It's here.  I found this blog amazing and I was inspired to start my own blog and make more people aware of ovarian cancer.  But along the way, I also found an amazing community of support through women who had experienced the same thing and a great way to learn more about ovarian cancer and I want to share the information I've learnt too.

I hope that you enjoy the blog.  I really, really enjoyed writing this blog post because it harks back to my natural love of storytelling and I think I'll write some more blog posts like this in future, perhaps stories of my mother's life.  Let me know if you think that's a good idea - I think I'd definitely enjoy writing them.