Blogmas on the CancerCarerChats blog is a daily charitable christmas gift guide with a twist - each post will feature an idea for a charitable act.  Christmas is a time for giving whether it be for someone you know or for a stranger.  Take the time at this time of the year to do a good deed, just one small act can help someone who is less fortunate than you are. 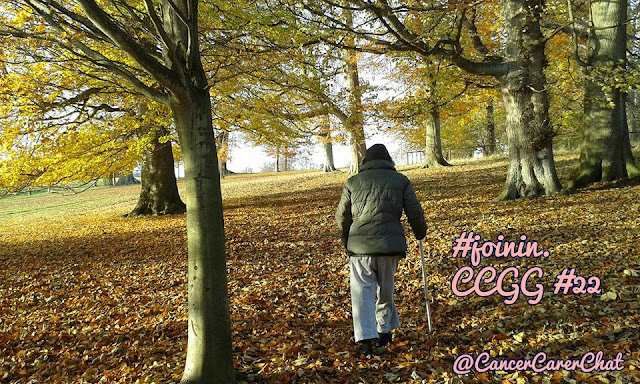 On Twitter the other day, I stumbled upon a new hashtag #joinin and found out that it was a hashtag created by Sarah Millican three years ago.  A simple concept whereby people use the hashtag on Twitter on Christmas day to strike up a conversation and prevent loneliness:
“It started because I’m a big softie and can’t bear the thought of people being alone on Christmas Day,” she explained.
“Be it because they have no family, are estranged from their family, it’s not their turn to have the kids, even just that their partner is at work, whatever. Alone and would rather not be. This is who #joinin is for.”

There are many many reasons as to why someone would be alone at Christmas, be it that they do not have close family, friends with which to spend the period with or a break up with a partner or the fact that they live too far away from their family and can’t afford or its not practical for them to fly home.  The consequences though are similar, whatever the reason.  This includes social exclusion, depression poor mental health.  The media in particular has painted the image of Christmas being a time full of ‘magic’ and happiness, which as we all know, cannot be forced.  For those with existing mental health illnesses, anxiety and depression it can be particularly difficult.  This is why the #joinin campaign is a simple way for people to feel less isolated on Christmas day and during the holidays. 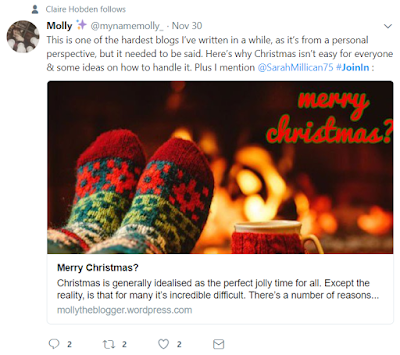 So on Christmas, be it if you are spending it alone or with others, participate in the #joinin campaign.  Send a tweet to someone who is spending the day alone, banish those images of twinkly fairy lights and family filled dinner tables by recognising that not everyone is surrounded by conversation during the holidays and spare a thought for those who will be spending the day alone.

I will see you in the #joinin thread on Christmas Day!