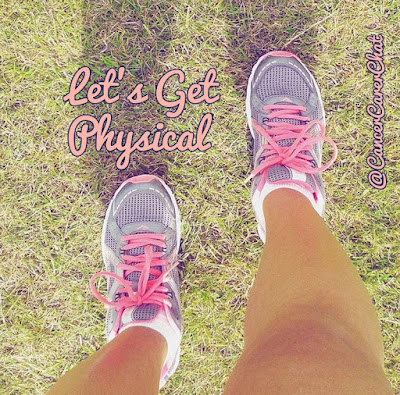 Being a serial hobby enthusiast and commit phobic person, every few years, I will find an interest and devote myself to it fully, where I master the skill, get bored and move on. Rather than have a range of hobbies, I tend to have one at a time for which I fully devote my time too.  There were the years I decided to grow a vegetable patch and learnt to grow tomatoes, courgettes, green beans and dozens of other fruits and vegetables.  The time I ‘got into’ art and visited museums and galleries and found beauty in culture.  One day, having witnessed so many people run circuits in my local park, I decided I wanted to be ‘that’ person in the full workout gear with the water bottle and the fitbit and take up running.  I started running and visions of being the last to be picked in PE would flood in front of my eyes and mix with the sweat that ran down my face.  The first couple of circuits were a disaster.  It was a mixture of enthusiastic running, followed by staggering, clutching at my sides, breathless, pretending to stop and admire the scenery before finally getting home.  The 2 mile run took 1.5 hrs but I did it.  At some point, probably make or break point, I started to set myself small goals.  “At the bench, I’m going to run all the way to the end of the path” I would mentally say to myself.  Then the next time, I did it again.  And then the next time, the goal was that little bit further apart.  And then I was hooked.  I started to research tips online and became experimental.  I tried different things such as “warming up” before AND after running and lo and behold, I found that warming up does make it easier to run and hoorah!! my legs were less sore and achy the next day after I warmed up AFTER running.  I started to see results in my fitness levels and was hooked from then on.  Around the same time, I was going through some frustrations at work and I didn’t find that running helped me clear my mind as the time running was quiet and my thoughts became more paramount.  Instead, I found I wanted to run my frustrations out so to speak.  I channeled my anger and frustrations out and found that I ran faster, stronger and felt more determined after completing the run, using the energy from the work frustrations.  I used a bad situation and turned it into something positive.  Exercise to me is very important for both physical and mental well being.

Two months before my mum was diagnosed with Stage IV Ovarian cancer, we would walk 2 miles every day, completing the same circuit that I had run in the morning.  To this day, the Oncologists’ and I are still surprised at the fact that she was able to undertake this daily walk in 45 minutes whilst she had cancerous tumours in her and an accumulation of ascitic fluid, up to 8 litres on drainage from the abdomen.  During chemotherapy #1, she was admitted into hospital for 14 days after getting sepsis and lost a lot of her mobility.  So a combination of tiredness, fatigue, neuropathy and confidence has meant that she went from walking two miles a day to, at some points, housebound.  Last week, we decided to go for a small walk and started walking. It was muddy in the fields after a heavy bout of rain so my mum had lifted her walking stick up.  Seeing her carry it, I offered to take it from her and hold it for her should she need it, she could just ask.  As we moved off the grassy field and onto a solid path, I offered the stick back to her and she declined which I was surprised about.  We carried on walking, further and further until we found a good path that would take us around a lake but would mean no going back.  I asked her if she wanted to walk the route and she said yes.  So we did.  2 miles.  She was clearly tired at the end, and I was aswell to be honest as it has been some time since I’ve had that amount of exercise too but we felt good and accomplished that we were able to complete the walk.

Running has been my only attempt at true exercise, other than that, my family and I have never been fitness fanatics which is why though I can understand the important on exercise to a healthy body and healthy mind, my mum finds it more difficult.  She needs more convincing and given the choice would prefer not to exercise and ‘potter’ around the house.  Exercise outside of the house does take some convincing but when complete, she is always so satisfied and I see her more happy in her herself.  Which makes me so relieved.  For her, exercise does really build her strength and keep her active but the endorphins also help her mood.  But her exercise has to be tailored based on what treatment she’s having, weather conditions and availability, so I thought I’d share a few tips for those who are house bound, need motivation to start exercising, are having treatment to start exercising.

I’ve purposely used the word activity because to the overall objective here is to get moving, however that may be.  It does not have to be a high adrenaline, outside, active sport where you are sweating buckets and gasping for breath.  Choose an activity which you are comfortable with and you are more likely to commit to it.  I like running but my mum does not.  She enjoys walking and I like the outdoors so that’s a good activity for us both to engage in.  My sister is a homebody but likes to knit so she and my mum exercise the fingers and mind by knitting together.

My goal was the bench 200 yards away, and then it became the gate 500 yards away and then it was 2 miles and finally I was completing 6 miles a day.  The trick is this – set goals that you know are within your reach, realistic and you know you will meet!  This is the trick to motivating yourself to exercising.  Make the goal suitable to your situation, if you’re housebound, your goal may be to walk up to the door and back again x amount of times within the day.  Or it can be an activity such as boiling a kettle.  Even with supervision and assistance, it doesn’t matter. Set yourself a realistic goal for the day, complete it and praise yourself.  Set yourself the same goal for the next day, and again and again until you are comfortable with it and feel ready to move on to a greater goal.  The pace you set for yourself is yours alone, just as the achievement will be for you alone too.

When I was younger, I never enjoyed running because I would always get out of breathe and have to stop.  Then one day, when researching how to run better, I read an article on the importance of breathing effectively whilst exercising, tried it and was amazed at the difference it made.  I learnt to control my breathing whilst running and breathe to a rhythm that made me feel comfortable, able to run longer and more importantly, made me feel relaxed.  There is something about the controlled rhythm of breathing that can really relax the mind.  Breathing, and the controlling of your breathing is vital to the enjoyment of your activity.

Listen to your body and it will tell you when enough is enough.  One day, whilst running, the bench just a mere dot in my eyes at that point, legs hurting, I had an epiphany.  My legs definitely hurt but with the path clearly in front of me with no one ahead, I suddenly thought, what would happen if I just kept running and running and didn’t stop?  My initial thought was that wasn’t possible because they would drop off.  As in, my legs.  But with the adrenaline pumping through my veins and the air being sucked into my lungs and the oxygen travelling to my brain, it was very clear to me that that wasn’t possible.  Your legs. Can’t just DROP OFF whilst running.  That doesn’t happen.  Running and running, further than the bench, I wouldn’t just die.  And with that thought so clear in my mind, I realised that if my legs can’t just drop off and I don’t die, then perhaps I can just keep running and running without stopping all the way home as I would need to get home eventually.  And that’s how I ended up running 6 miles.  Of course my legs hurt but I would still need to use the same legs to walk home.  My body was telling me that I could run and run if I wanted to and I did.  In the same way as if your body can’t do something, it will tell you too.

If you don’t enjoy it, then don’t it.  If you’re not having fun, then do something else.  If it’s not something you look forward to, then you won’t be able to commit to doing it.  Do something, and make that something which makes you happy.  My mum doesn’t generally go out alone so when I’m at work and she wants to do some exercise, she’ll do some stretches in her bedroom when she feels like it.  They are stretches she feels comfortable with and enjoys doing and are within her limits, she enjoys the routine and feeling of having accomplished her own exercise routine. 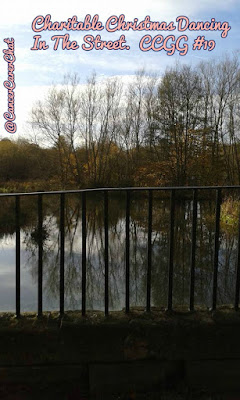